Skip to content
Posted on June 28, 2016 by Jina Chan Posted in Uncategorized

Last month, I attended the UXPA International conference as a volunteer. (If an international conference in my field is coming to my hometown, I figure I’d better go, even if I don’t have an employer to bankroll my tickets.) It was a lot of fun, though tiring, and I really enjoyed meeting and working with all my fellow volunteers. Some of my shifts were as a “citizen journalist,” so UXPA might eventually use my writeups and photos as part of their marketing materials.

I’ve never been to a UXPA meeting, nor am I a member, so I wasn’t sure what to expect. I thought it might be like the local IA/UX meetups, which tend to have a lot of people in their 20’s and 30’s, and seem to be mostly designers. But at UXPA, I was pleasantly surprised to find that there were plenty of folks in the 40-and-up crowd, and that the sessions skewed towards research. There were lots of women; I heard an estimate of 60%. As with tech in general, there wasn’t much ethnic diversity; but we did have attendees from Poland and Costa Rica.

There were only 2 content strategy sessions, and I missed one of them. That was kind of a bummer, but I think there’s still plenty of value at UXPA for a content-minded person. We use a lot of the same tools, like journey maps & user research. And the role of the content strategist has been described as facilitating the work of the UX designer — when we’re brought into the process early enough. One valuable takeaway from Alaine Mackenzie’s talk (on establishing a product content strategy team) was that we need to educate people on when and how to engage with us.

Unfortunately, I’ve been sworn to secrecy on one of the best sessions. It was “UX After Dark,” in which experienced user researchers told their war stories. I would definitely recommend that people check that out at UXPA 2017. It was also nice to hear some Ph.D. researchers who I wouldn’t otherwise have the chance to, like Hannah Faye Chua and Jason Buhle (presenting on Chinese vs American website design) and Jessica Cameron (on using social psychology in UX research).

I think that for my current work, the most valuable talk was probably Mike Flynn’s “Who’s Using Our Product?”, about the difficulties of doing user research in the enterprise world. He talked candidly about the different things he had tried to get to know his users, from listening to tech support calls to taking road trips with the field marketing team (tip: have a separate room instead of trying to get into the booth). Actually, I was struck in general by how honest people were in their presentations and how they admitted what hadn’t worked well. 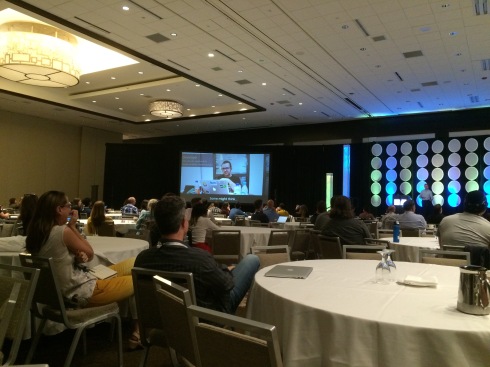 I also went on one of the tours offered by local companies to attendees, so I got to see the Moz office and hear about their UX practice. Although I was bummed that their two content strategists took off before I could ask them all about their work.

At this point, I think all of the UXPA presentation slide decks are posted to SlideShare with the hashtag #UXPA2016. They’re very much worth checking out!